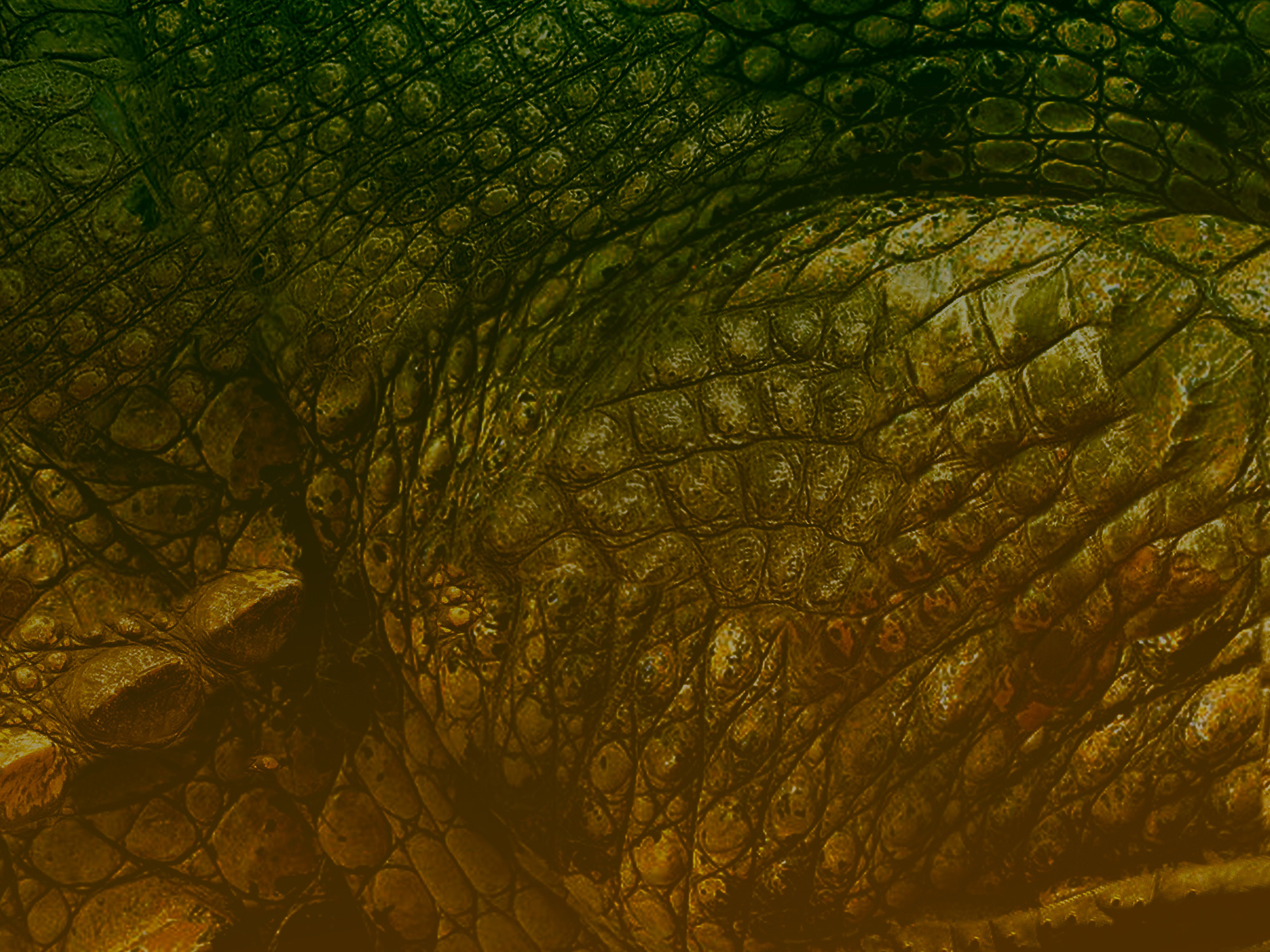 The first sketch of HVD Crocodile was made in 2008. I drew the basic lettershapes for the bold weight, but never finished the typeface. Nearly 10 years later I found it again and decided to finish it. We added two additional styles and released it as a freefont, as it was planned from the beginning. Its rough and blocky appearance gives it a loud and self confident voice — It will work great in package design or on posters.

In a font every letter should work with every other letter – when it comes to handmade dispay typefaces there are different rules: When the same letters are typed in twice it is not very pretty if they are identical – everybody can recognise at first glance that this is a computer made font. We decided to add alternatives for the most common double letters. 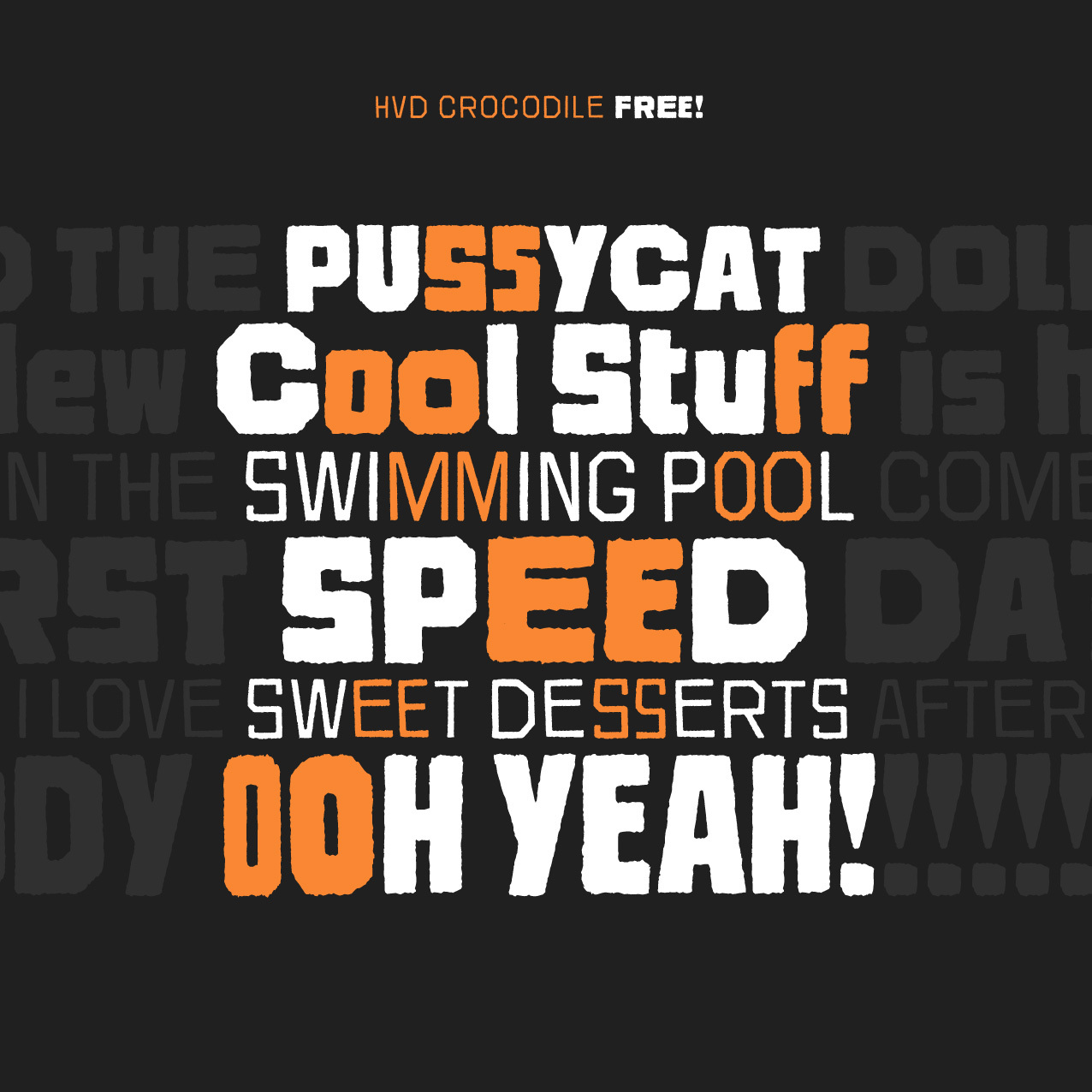 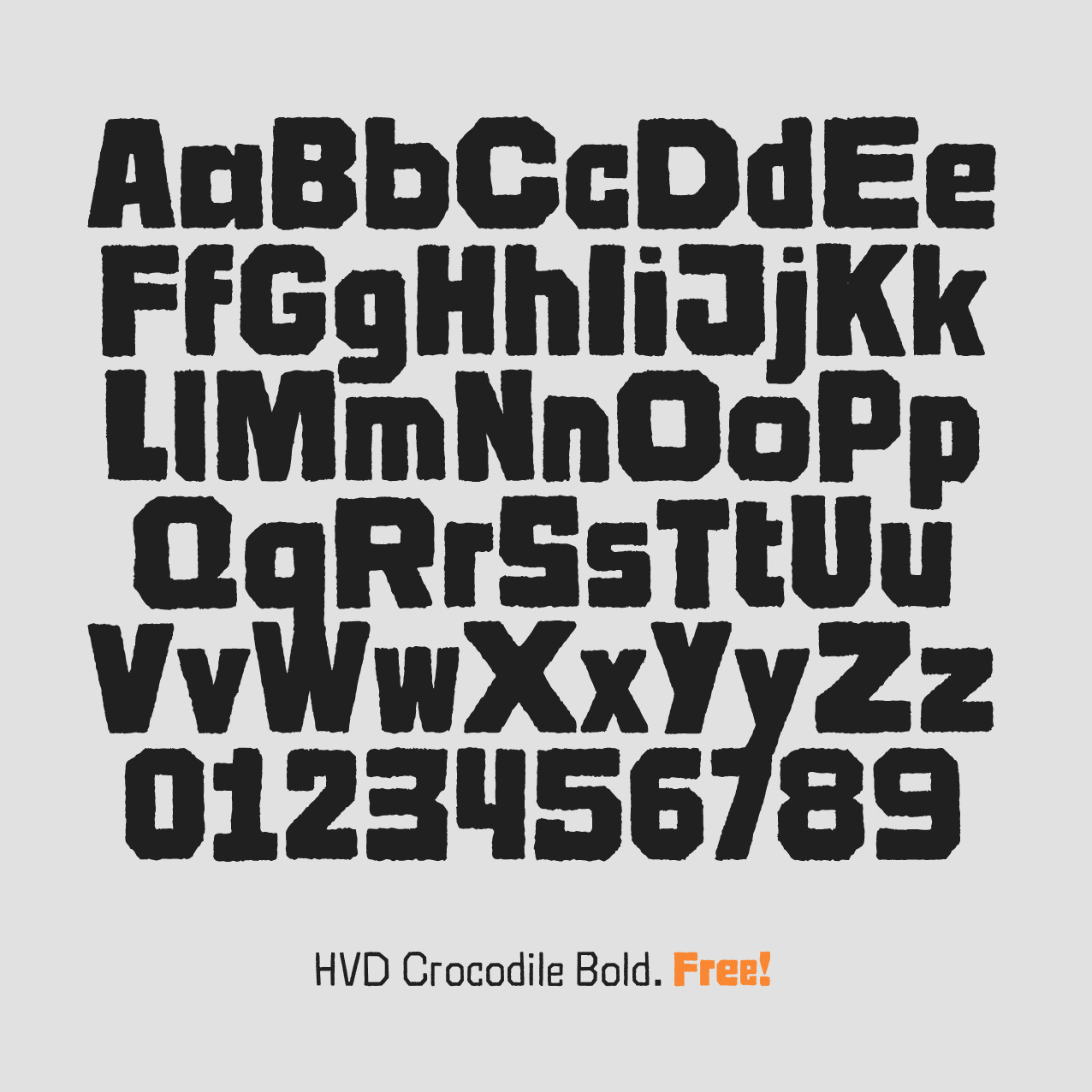 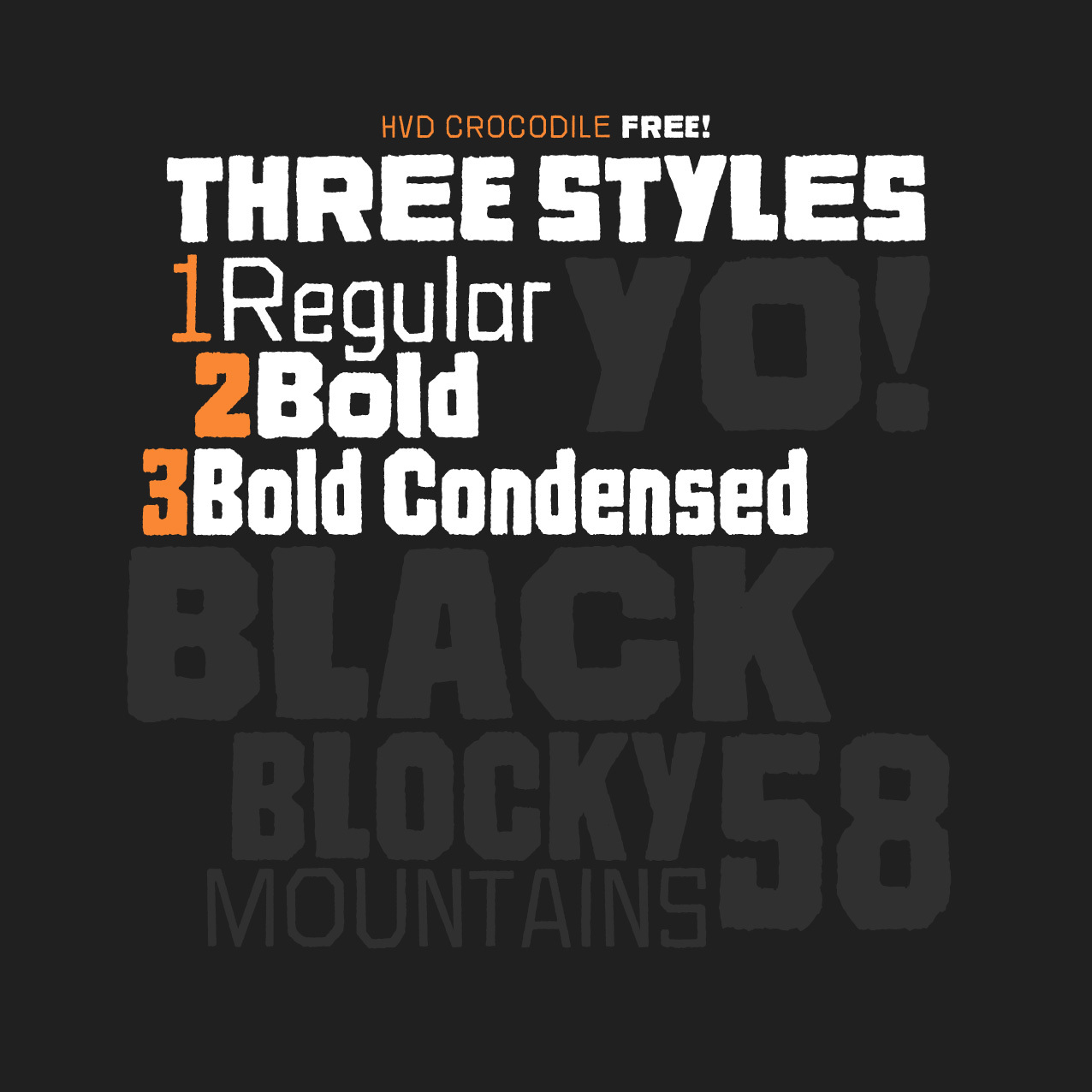 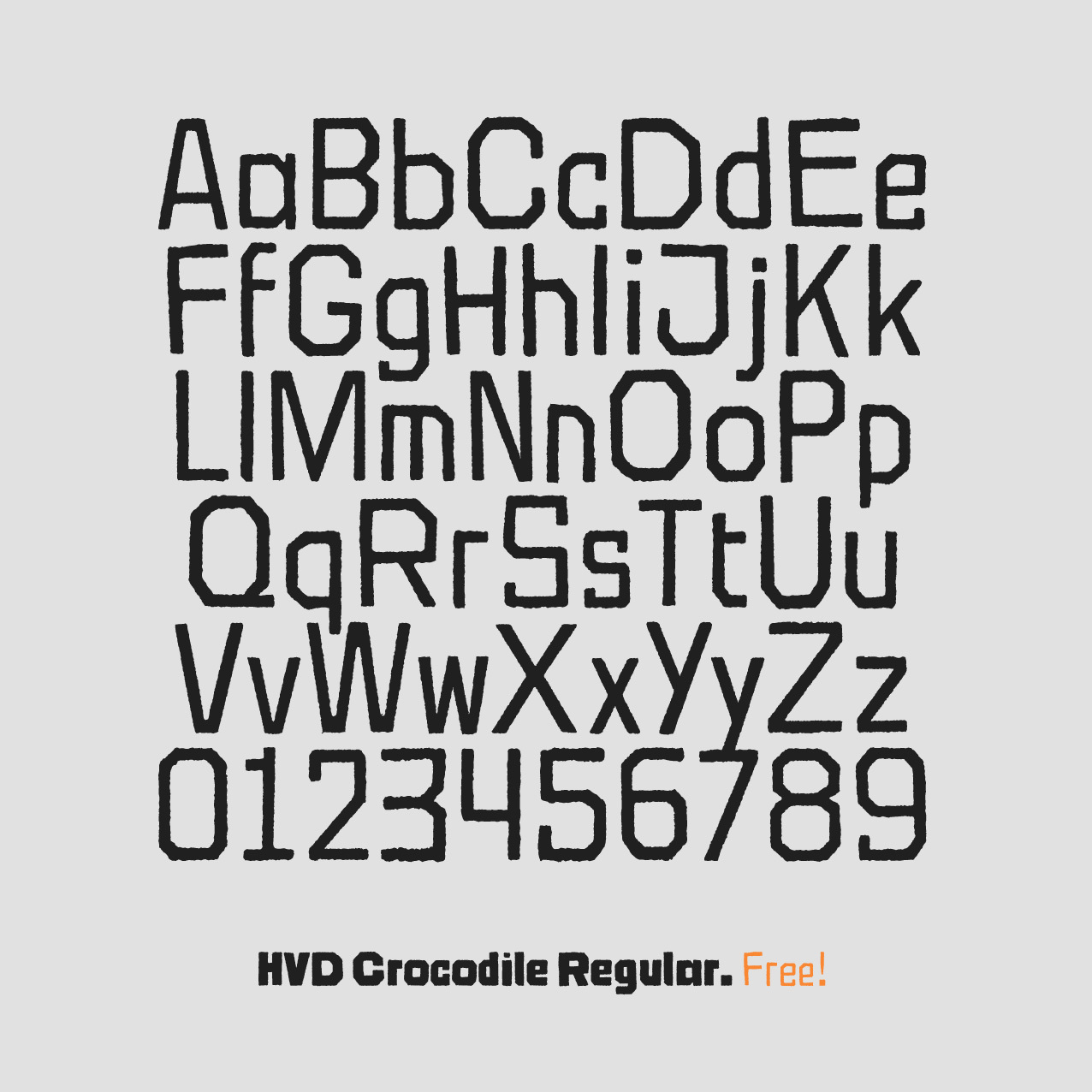 Get this typeface for free! 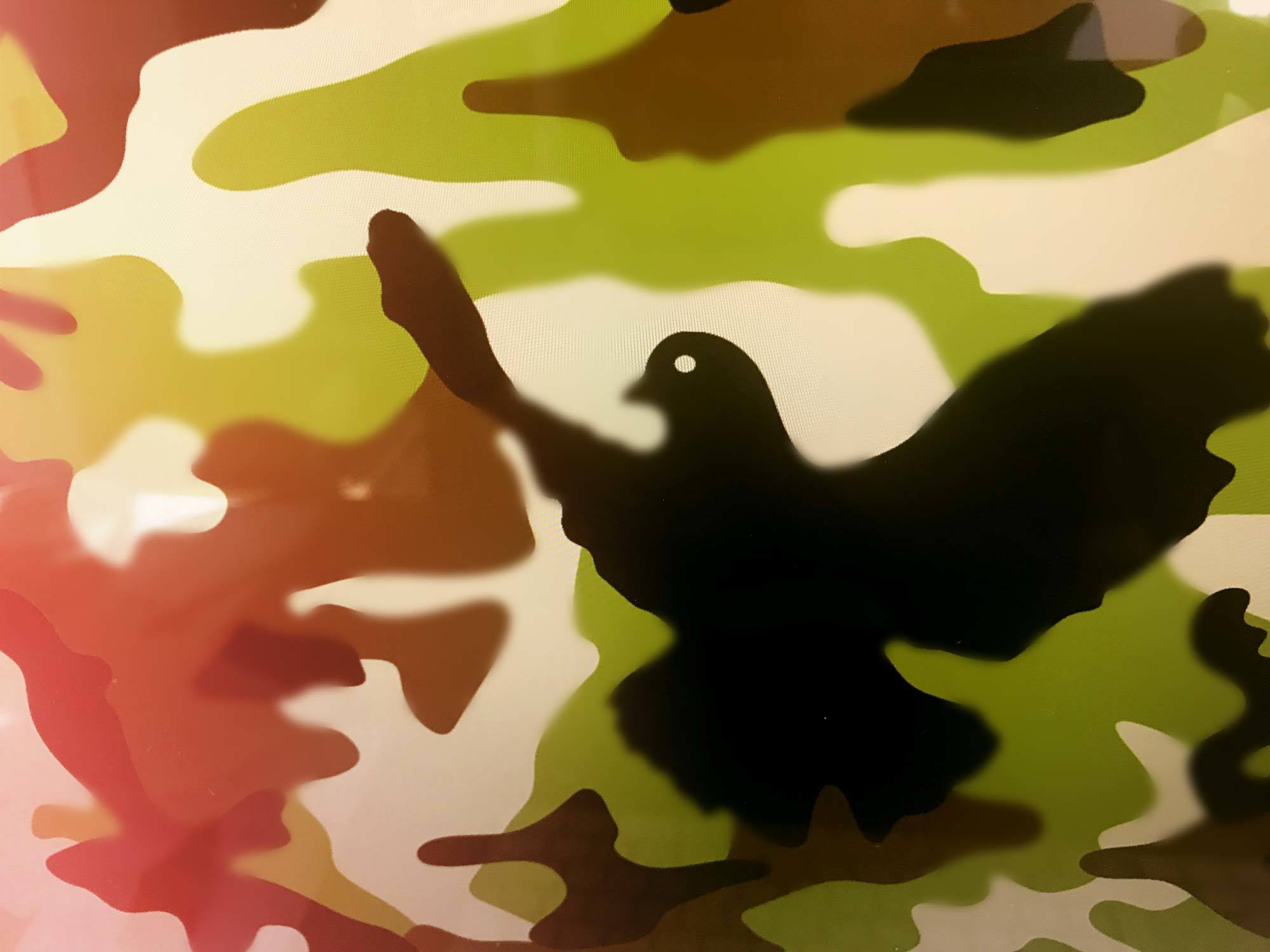